Review and Craft: ONE IS A PINATA 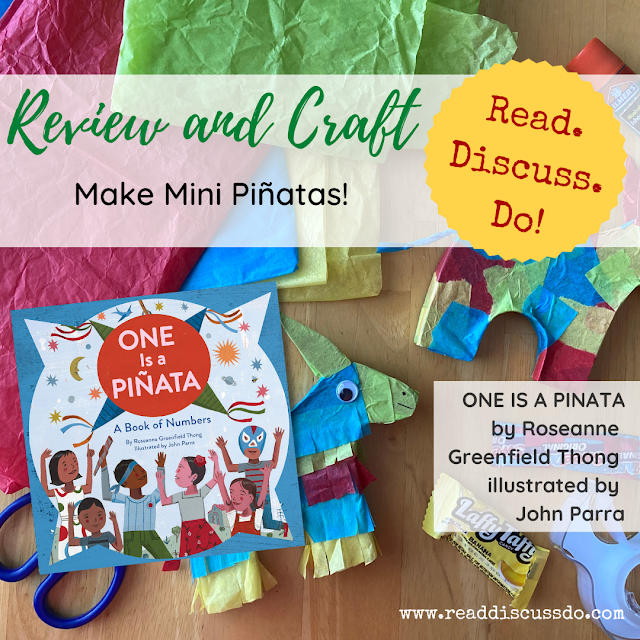 One is a Piñata: A Book of Numbers by Roseanne Greenfield Thong, illustrated by John Parra, is a charming concept book that highlights many festive things -- such as a piñata and agua fresca -- that you might find at a Mexican fiesta! The rhyming text is simple and pleasant and blends in many Spanish vocabulary words. The book includes a glossary at the end that not only defines the Spanish terms, but also explains some of the cultural relevance behind them. This book is a great choice for younger readers learning their numbers and/or to introduce some simple Spanish vocabulary.

READ: One is a Piñata: A Book of Numbers 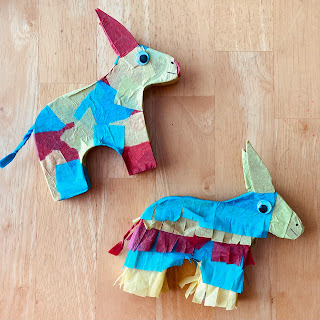 These miniature piñatas could be a fun craft, party favor, or decoration for your own fiesta. They can be filled with candy as a party favor. Or you can use them to add a little color to your favorite space. The little piñatas take some time to make, but they are fairly simple and can be made with items you might already have on hand.
You will need:
Directions: 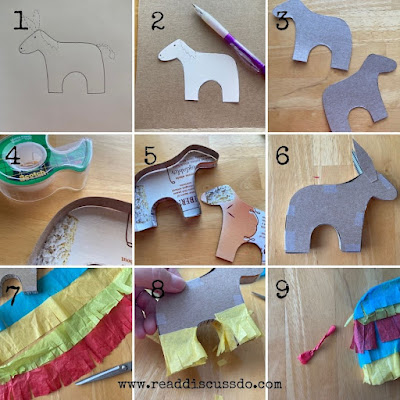 Other options:
If you make these mini piñatas, we'd love to see them. Share them on social media with the hashtag #RDDSummerChallenge or #ReadDiscussDo. Have fun reading and celebrating!
craft party piñata review story time Summer Challenge 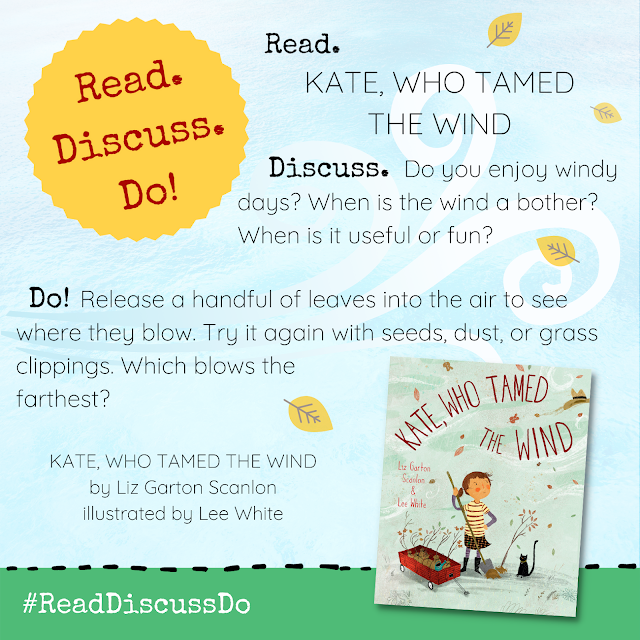 Perfect for a story time on a windy day! Read KATE, WHO TAMED THE WIND by Liz Garton Scanlon, illustrated by Lee White. Talk about the pros and cons of a windy day, then go out and play in the breeze! 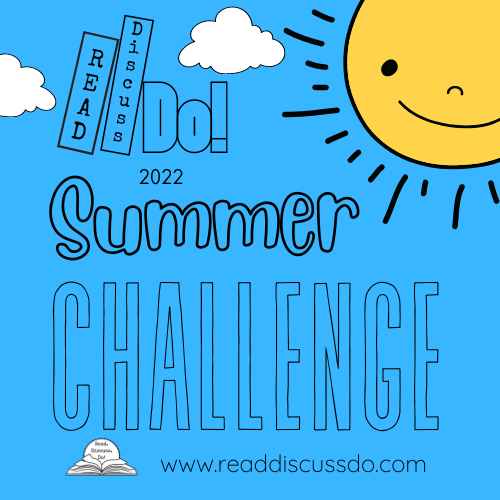 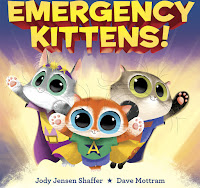